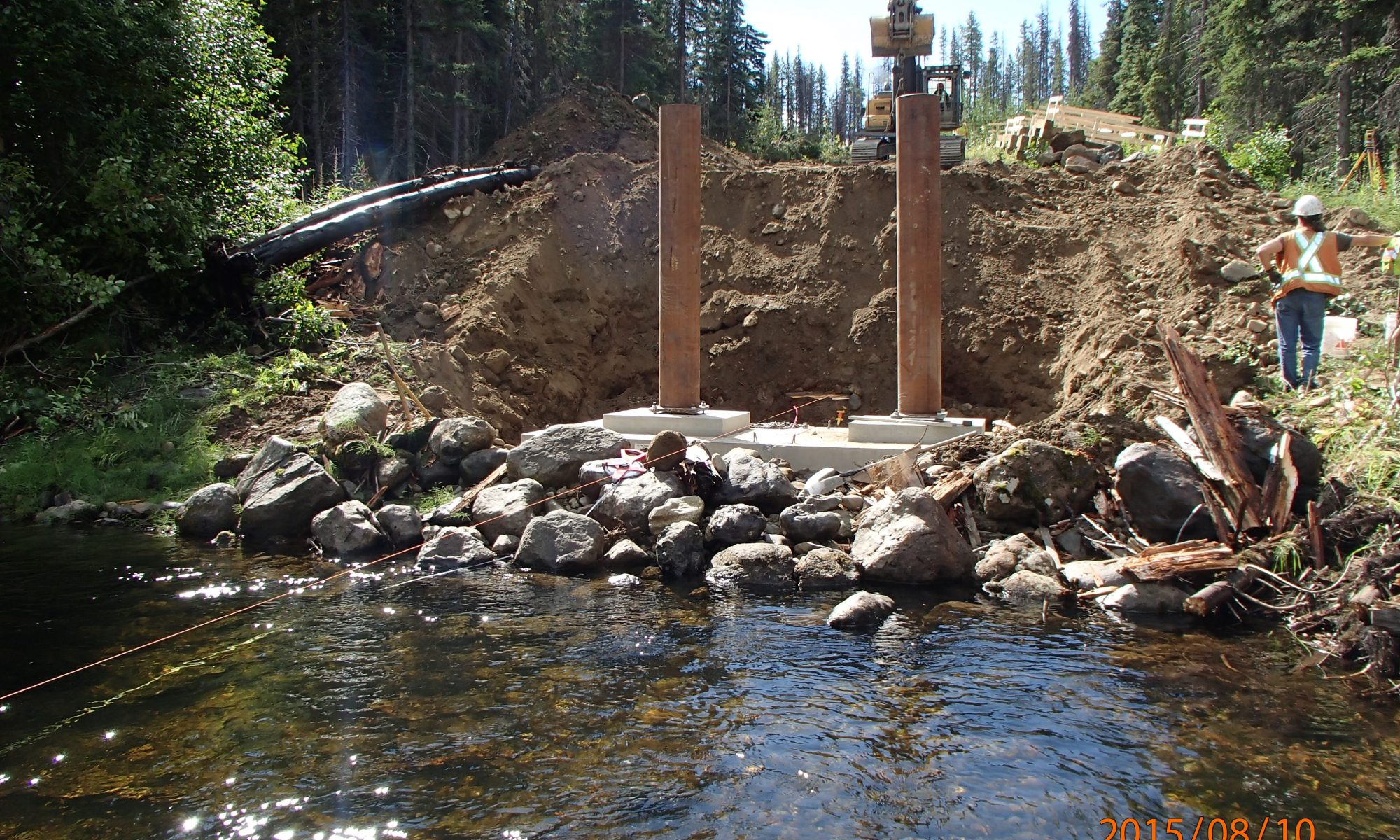 These projects involved both construction and environmental monitoring services as needed for FSR construction works and several bridge installations and replacements in northern BC.  Marlim completed all notifications and permit applications for instream works outside of the instream works windows, and fish salvage.  Marlim prepared environmental management plans for large bridge replacement projects requiring instream works and fish salvage, after reviewing engineering plans provided for the replacement structures, and provided recommendations and guidance as needed in the field.  Marlim provided recommendations for erosion and sediment control for the bridge structures, and on an as needed basis for FSR construction. Marlim worked closely with the contractor and the government representative throughout the project to ensure that the projects were completed without any exceedances.  Marlim also conducted stream assessments and classifications on an as needed basis.  Detailed site photos and notes were recorded for each project, and environmental and/or construction monitoring reports were completed for each project.  Fish data submissions were also completed and submitted.

Project Team: A senior biologist conducted the initial site assessment and oversaw all stages of the projects.  A biologist/technician completed the EMPs, environmental monitoring, environmental and/or construction monitoring reports, and fish data submissions. All deliverables and reports were signed off by a Senior Biologist.